Recent Herald articles highlight the stark difference between elected Lee County Republicans and Democrats on the subject of economic incentives.

The paper’s reporting is accurate to the extent Republicans generally oppose financial incentives in the form of property tax refunds to select companies. Republicans refer to these non-uniform tax rebates as “corporate welfare.” Democrats on the Lee Board of Commissioners almost always vote in favor of such giveaways, while conservative Republicans almost always vote against them. Democrats trade off the principle of fairness for expediency, while Republicans choose to stand on that principle.

Democrats accuse Republicans of being opposed to business growth in the community, saying Republicans want to put out a “closed for business” sign at the county line. More accurately, Republican opposition stems from principled policy and rigorous economic analysis that show incentives aren’t effective in growing the county’s economic base or employment over the long-term.

Republicans support uniformly managed incentives that lead to sustainable economic growth in Lee County. Our voting record reflects consistency in supporting infrastructure improvements that benefit all companies, low-interest loans that all companies can apply for, use of state grant funds for building improvements, subsidized corporate education and training programs at the community college, and apprenticeship training in special technical disciplines. These kinds of incentives benefit the entire community, and virtually every company can pursue them.

Republicans challenge the distorted argument that special tax rebates for select companies are necessary to persuade some companies to locate or expand here and that without these incentives the companies will go elsewhere.

Democrats argue that growth in our workforce and economic base absolutely depends on our use of financial incentives. Eighteen years of incentive agreements and payments in Lee County reflect a different story. The county and city have paid out well over $15 million in these kinds of kickbacks to just a handful of companies that met the qualifications sought by our economic developers.

During that period, employment within Lee County fell by over 1,000 employees (from 25,930 to 24,698). Average annual growth in the county’s tax base before the county began financial incentives was 7.9 percent (through 1996). Average annual growth after we began doling out incentive payments has been 4.5 percent. Several of the companies we rebated later closed down or sold out to other companies after they collected their kickbacks. One company (Pfizer) was taking property tax rebates even while it was downsizing by hundreds of employees.

Despite strict constitutional and statutory requirements for general public benefits and enforceable clawbacks in all incentive contracts, Lee County’s economic developers have done a terrible job in developing and managing those contracts. Record-keeping at the Economic Development Corporation, the predecessor to the Sanford Area Growth Alliance, was inconsistent and non-uniform. Clawback provisions were often weak or absent in our contracts and rarely enforced. Every Lee County incentive contract in 2012-13 was seriously deficient in complying with N.C. General Statute 158-7 or with the state Supreme Court’s demands as enumerated in the 1996 Maready v. City of Winston-Salem case notes.

One final argument against financial incentives is that they allow unwarranted government intervention into competitive business enterprises. One local company, Sanford Steel, and Pipe, came perilously close to being shut down when local economic developers tried to entice a competing Canadian steel company to locate here with a package of financial incentives, which, in effect, would have subsidized the new company’s steel prices for five years or more.

This government practice of “picking winners and losers” is sinister at its core, and should never be tolerated by Lee County citizens. 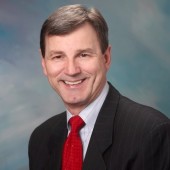