LCBOE Update: Reports Cards are Out

Report cards are out, and WRAL has them posted here.  Type in Lee County and pick one of the Lee County Public Schools from the drop down menu, to see the performance grade information.

While there are some noteworthy improvements in the performance of Lee County Schools for the school year 2016-17, there are a number of disappointing results as well. Overall, the scores reflect only marginal performance for most of our schools and a downturn in performance in several important areas.

The most remarkable improvements were made in three of our schools – Greenwood Elementary, Southern Lee High School, and Lee Early College. All three of these schools have made substantial gains in overall performance over the past three years. Sadly, these three schools are the only ones with performance measured at or above the grade of 70, which is considered passing when applying traditional scoring methods.

Also noteworthy is the rising 4-year and 5-year graduation rate. I am happy to see this high rate of completing high school for our seniors, but I fear our standards have been lowered substantially to achieve a 90% graduation rate. Our downturn in college prep testing, as reflected in ACT benchmark measurements, shows we have not improved in preparing our juniors and seniors for college attendance. On the other hand, we saw a slight improvement in ACT Work Keys for those high school students preparing for work as skilled tradesmen.

Overall performance grades for our 13 schools reflect six schools with improved scores, six schools with declining scores, and one school scoring at the same level as the year prior. This means we are not making substantive gains in overall school performance. Lee Early College is the lone bright spot, achieving an overall grade of “A” and an outstanding performance score of “95.” Greenwood Elementary and Southern Lee High School received a “B” grade, both scoring in the 70‘s, which is about average among state schools. Greenwood and Lee Early College are also noteworthy in exceeding expected growth for 2016-17.

I am disappointed in the overall performance scores for the remaining ten schools- all scoring below 70. If we were grading on a 10-point scale – which the state eventually will require – six of these schools would have received an “F” for the past school year. There’s no way to spin this problem in a positive way. We have to make significant improvements in the performance of these schools, which comprise half of our school system. The schools include B.T. Bullock Elementary, Broadway Elementary, East Lee Middle School, Lee County High School, J.R. Ingram Elementary School, and West Lee Middle School.

Finally, I am encouraged that over the past three annual scoring periods we have made incremental improvements in the overall percentage of students who are grade level proficient or career and college ready. The incremental increases mean we are no longer one of the lowest performing school systems in the state, as we were just three or four years ago. However, the Lee County School System has a need for greater improvement just to achieve state averages.

When I hear “two-thirds of the middle and high schools met or exceeded expected growth,” I immediately think, what about the other one-third. For me, personally, it is like someone saying, “Sherry, two of your three children are doing fine.” I still want to do more because one child left behind is one too many. I know the schools will continue to improve. I have witnessed firsthand the dedication of our school employees, from the lunchroom to the classroom. I have confidence we will continue to seek improvement. 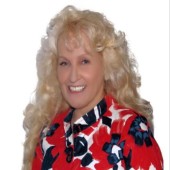 My name is Sherry-Lynn Womack and I am a member of the Lee County Board of Education. It is time for change because our children deserve better!